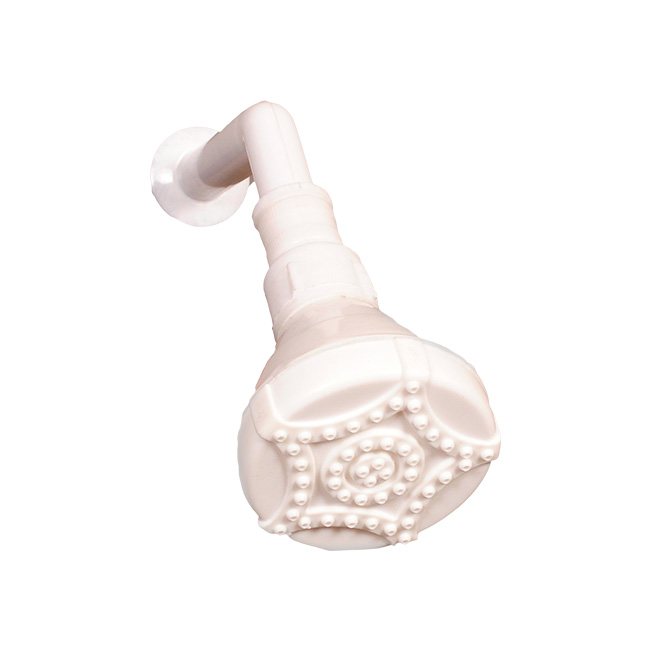 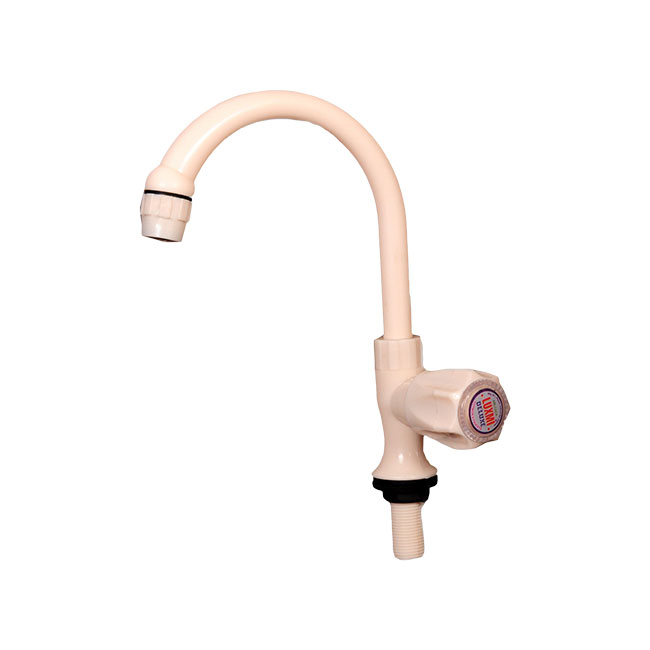 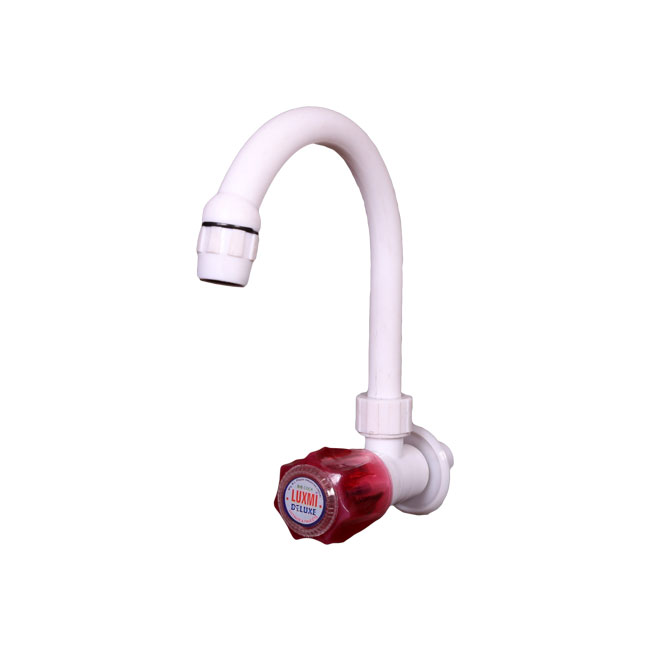 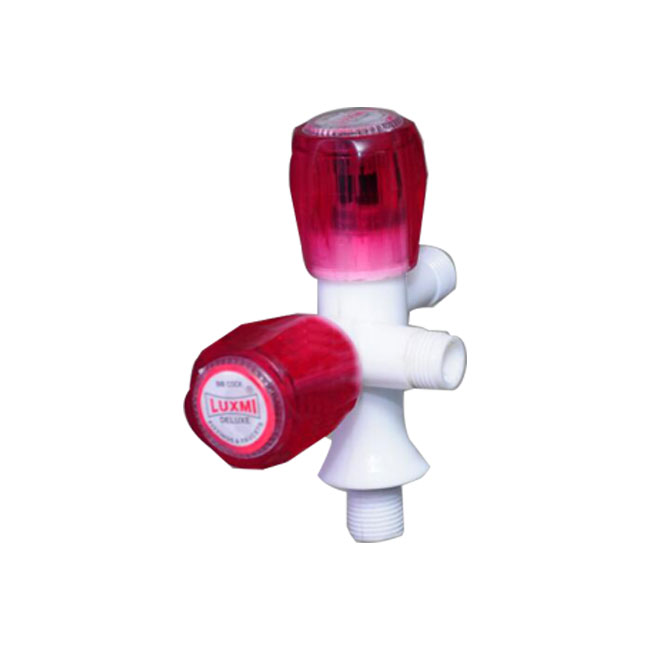 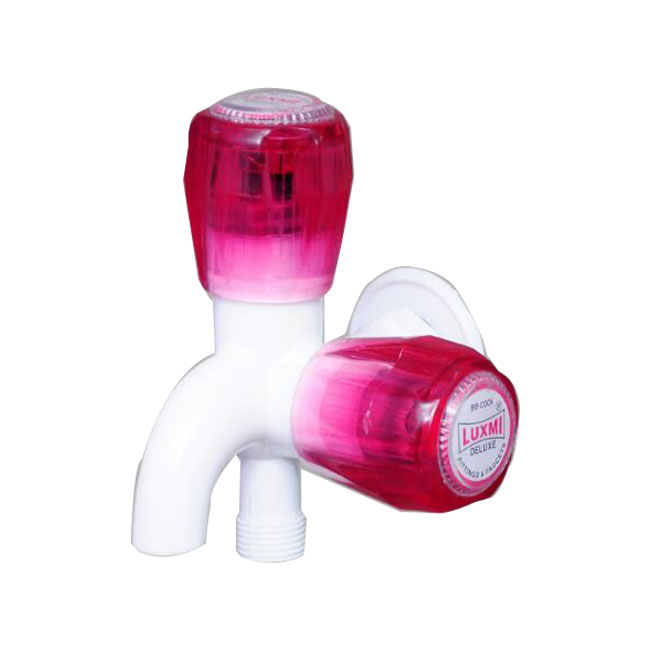 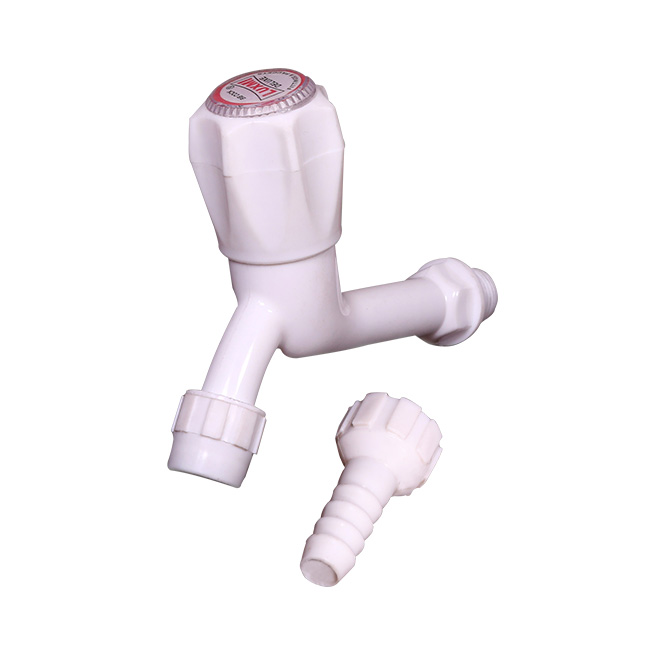 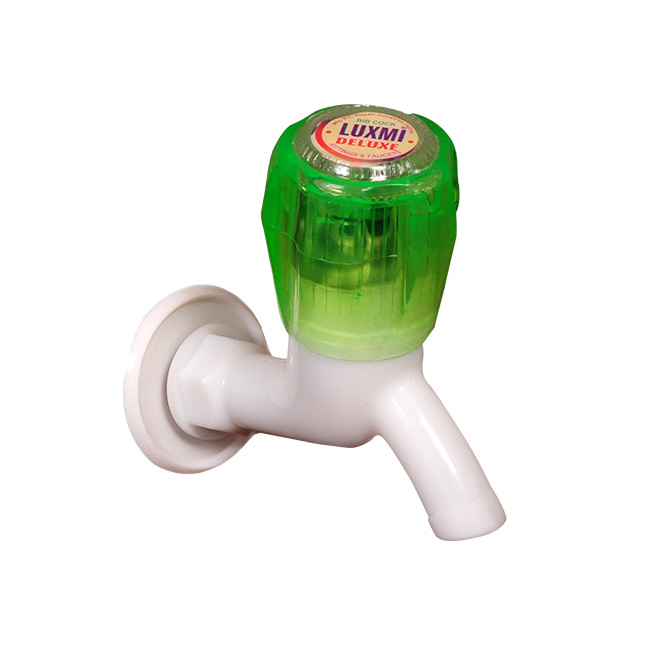 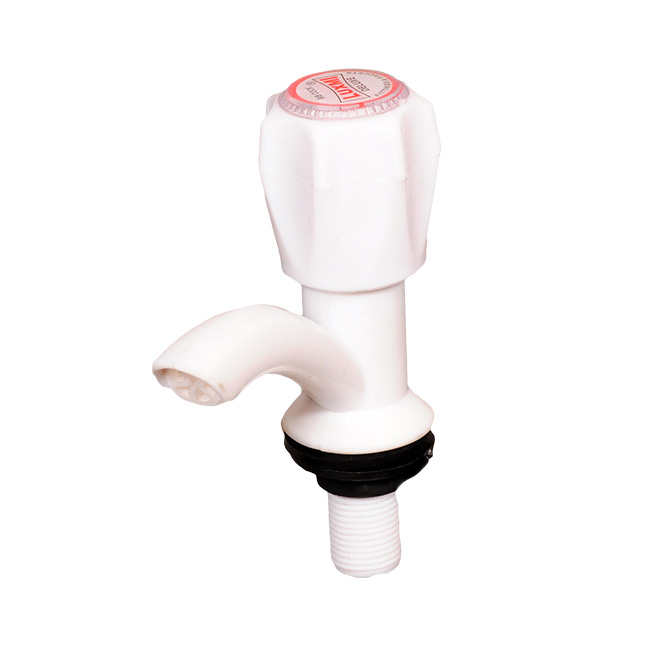 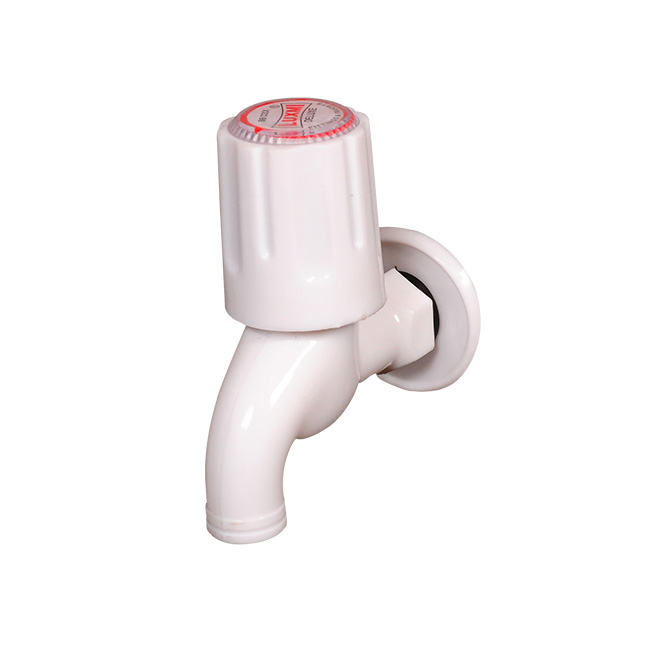 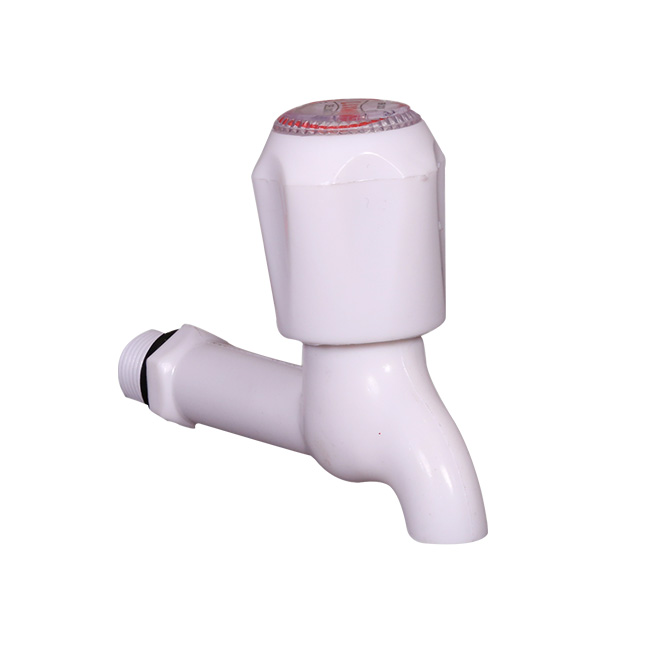 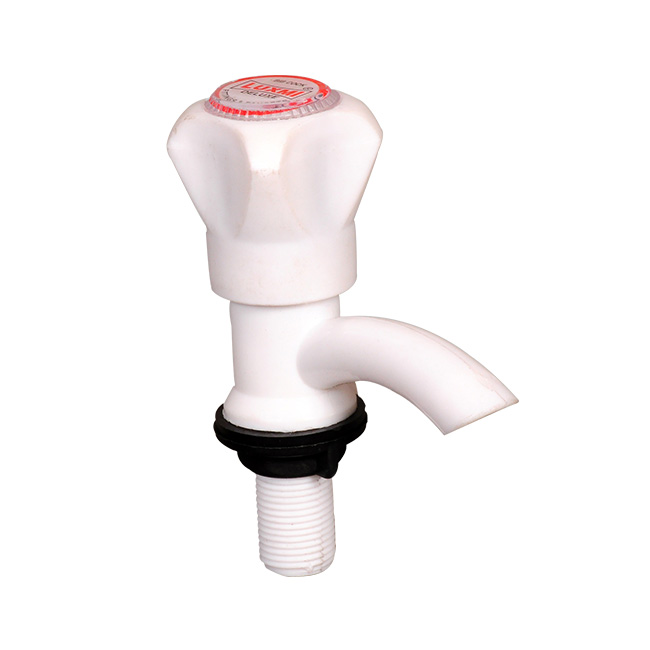 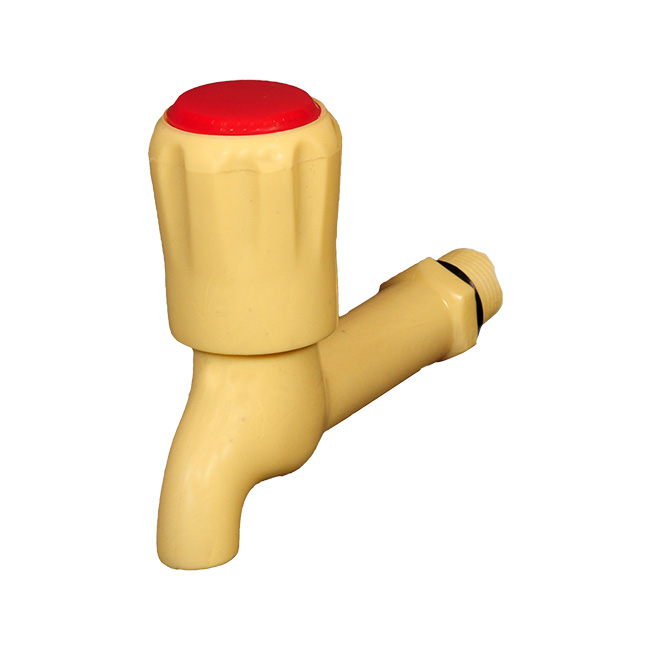 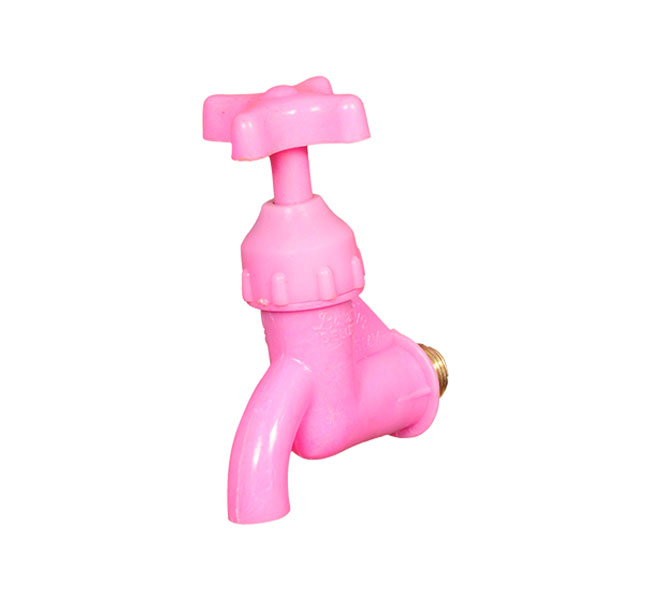 No bathroom or kitchen is complete without taps. There will be at least one tap, maybe several, in any bathroom whether it is located in a home, office, or public restroom. This why you need to come to us. As PVC tap manufacturers, we have an awesome range of designs, styles, sizes, and colors for you to choose from. From the commonplace cross handle water taps to the various kinds of bib cocks and the pull-down taps to the long neck spouts; we have it all. We assure you of the quality of our PVC taps which are manufactured from virgin grade engineering polymers, making them leak free.

Our Crystal series give your washroom that upmarket look which is hard to define but can be your rivals’ envy. The chic finish and the colors used make even the humble angle valve and bib tap look like something to decorate the bathroom with, rather than use to wash hands, shave, or attach to your washing machine.

If you’re on the lookout for a perfect blend of technology and design, then you should take a look at our Delux series. Whether you need a tap which comes fitted with a nozzle, such as those needed to attach to a dishwasher, or a garden tap; or you need a pillar tap for the bathroom sink or bidet, then our PTMT taps will more than fit the bill. The biggest advantage of using thermoplastic taps is that when you need a mixer to ensure warm rather than hot water, there is unlikely to be any adverse reaction or degeneration of the material used to construct the tap.

Our PTMT taps not only look elegant, they are durable too. Our taps don’t come apart in your hand when you are trying to wash your hands or dishes, or when a child twists it violently. The taps in your kitchen and the bathroom take a lot hard usage. We ensure that you don’t have to develop an on-going work relationship with your plumber to come in and repair taps which either don’t dispense water or come out in such a gush as to drench the user.

We understand your needs. You might need a tap which has a double spout, especially where two streams of hot water and cold water are required, or which has a single spout mixing hot and cold water in the desired proportions. A constantly dripping tap — as many taps are wont to when they have been in use for a brief period — can be vexing even if it isn’t creating a nasty watermark. Given the increasing scarcity of potable water, especially during the summer months, you should try and prevent any tap in your establishment from dripping. As PTMT tap manufacturers, we assure you a drip-free experience.